Most people of reasoning thought can certainly agree that the person most responsible for the Charleston massacre is the shooter. Whose name I purposely leave out of all my ponderings on this matter. I will not be a party to giving that racist animal the attention or infamy he so desires. There is plenty of responsibility to be shared though, and I would like to point out some of those who can live with the guilt knowing their words and actions have helped create a monster. The people of Ferguson, the rioters, those that bears false witness against an innocent police officer to protect a scumbag. Don’t forget those who continue to perpetuate the lie even after the truth came out. I would also like to send out a big thank you to those scumbags whose violent rioting behavior in Baltimore proved that savagery is not a form of political dissent. What  party that includes racism or racial subtext could ever be complete without the devisive inflammatory race baitor Al Sharpton. There are other public figures whose words and abuse of power lead to this disgusting act, Stephanie Rawlings-Blake the baltimore mayor who encouraged riots through both her words and inaction, and thusly created more unnecessary hatred. Marilyn Mosby Maryland State Attorney general, who has spoken out about a case in a judgemental way long before the process began and now abuses her power to ensure the defendant police officers cannot get a fair trial. These people and events are indirectly responsible for stoking the fires of racial hatred and lighting the fuse of a deranged hate filled cowardly white supremist wannabe who carried out his act of hate. The American media sits near the top of pile of those who can pat themselves on the back for sensationalism when it comes to matters of racism real or imagined. They are nothing more than a mouthpiece for such spewers of hatred both affore and after mentioned.
Erik Holder shares a large portion of this ancillary blame, because quite simply he is a racist and has like Mosby abused his power to destroy lives and help black criminals wrest control of politics and power in Ferguson.
President Obama is the last person I mention, but his actions are by far the most insidious, the most undeserved Nobel Peace prize winner in history the first black American President has done nothing but divide and polarize, while pandering to both our enemies abroad and within. I consider those that perpetuate this culture of anti social behavior, racism and hatred towards the police that now permeates the inner city black community, our enemies. Doesnt anyone else find it embarrassing how he now seeks to politicize this tragedy. Mr President, you sir, do not serve the constitution, the American people  or anything just, you serve only your own interest and will be remembered as the most selfish and arrogant presidents ever. Before you preach about gun control, and who’s to blame take a really good look at yourself and those you truly represent, because it is not all Americans, but only those who, if you had a son, might resemble him.
There can be no excuse for murdering innocent Americans like those fine people who lost their lives in Charleston in order to make a political statement and I truly am saddened that racism of this magnitude still exists. Unity is still the answer, not separatism and we can never be unified in hatred.
~ Nick Pensabene

Please take a moment to keep these victims and their families in your thoughts and prayers. 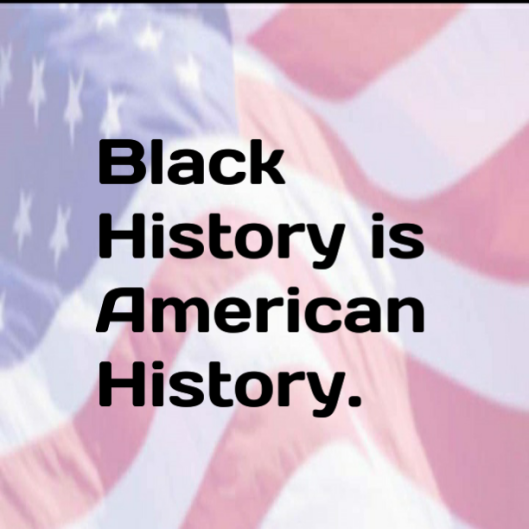 I just cannot in good conscience support “Black History month”, it is and was a failed attempt at appeasement. There is much rich and worthwhile history marking countless contributions by the American black community, the problem is, many black families don’t teach thes.e accomplishments or celebrate the great men and women of African heritage. Instead they perpetuate racism and hatred through their actions and reactions togum their fellow Americans who are not of color. Equality in America in the twenty first century should have long since ended all government sponsored programs to stroke a certain disenfranchised portion of Americans who through their own choice refuse to move forward, politically, socially and attitudenally. Freedom and equality must start with a releasing of the past, not forgetting but a moving forward away from, race and it’s use as a battering ram to reap them over representative power amongst their fellow citizens. Easier said then done, but equality and it’s benefits are worth it. You are not truly equal, till you yourself stop calling to attention how different you are and need to be treated.
~ Nick Pensabene 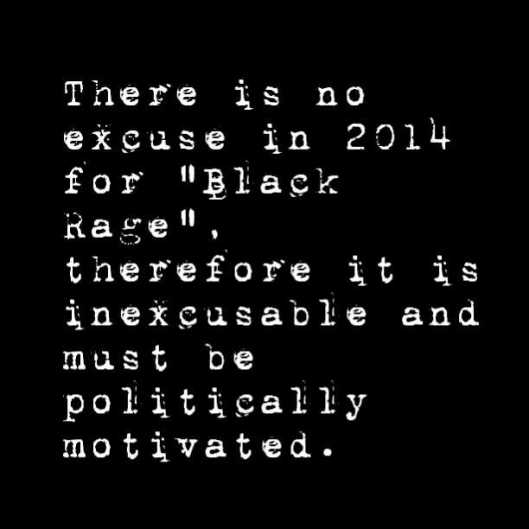 While I can understand the ebullience of the black community at the advent of the first black President, their actions, the actions of the radical liberals and the inflammatory racial actions of our President and his administration shall not be forgotten. He shall be remembered as the most racially polarizing President in history, and those in the black community who see his tenure in office as an excuse for uncivilized and undeniably racist actions, have set racial harmony back 50 years. I will not entertain one claim of racial inequality coming from the left for many a year without a jaundiced eye. So put away your signs, stop your chants and slogans and grow up. It is time you stop hiding behind manufactured unjustified outrage and do what’s right for your people as Americans. I for one will not abide your petulant ignorance any longer, I will fight your racism on all battlefields and will not be silenced. I am ashamed that you, the racist, haters who riot, burn,  loot and excuse your uncivilized actions in the name of civil rights, can call yourselves American. Those of you who quietly condone these actions with your strategic silence are as guilty as those in the streets who are physically expressing their hatred of the American way.
~ Nick Pensabene

“Freedom of speech is Dead”
The cowardly corporate maggots at  SiriusXm have terminated Anthony Cumia, of the Opie & Anthony show for a situation and comments that did not even take place on  their airwaves, the incident was not illegal nor were there any official complaints lodged. The oddest thing about this story is Anthony works on an uncensored XL (extreme language)  channel on their satellite platform. Most Americans couldn’t care less about the freedom of speech of those they do not like or with whom the disagree.Why should I care, I’m sure many of you are thinking, he’s a vulgar misogynist and racist, he deserves his fate, well time to care, before it’s too late. ou see the O&A show may be alot of things, many negative and yet so many positive, like the fact that unwittingly the 3 hosts Anthony, Greg “Opie” Hughes,  and the comedian Jim Norton, present and represent all sides to every story. I’m going to make this clear, that should not even be necessary, but it is nice. So why is this the death of free speech? Anthony Cumia has been an outspoken proponent of everyone’s freedom to their 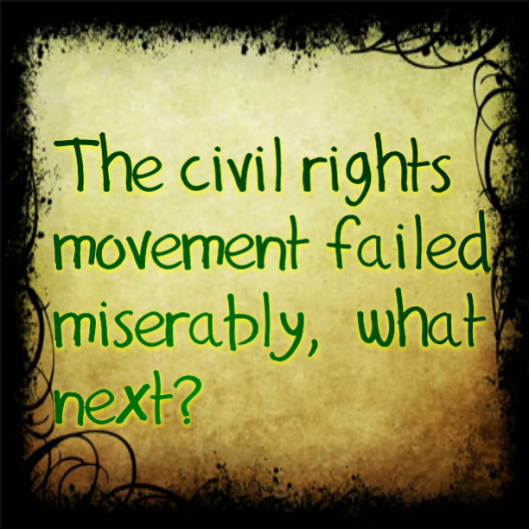 How can we trust the same Government, which is merely an instrument of the people’s will, that took the well intentioned and just civil rights movement, including both blacks and women, and managed to legislate it to the mess we have today. The black community and our family unit suffer excruciatingly at the hands of special interest groups and those that seek to hold them back in order to use them as pawns in a much larger sociopolitical game of chess. Women have not become equal, they have merely chosen to become and flaunt all the less flattering qualities that are generally attributed to man. The black community could be equal but instead choose a life of servitude to their hatred, self appointed leaders, and suspicion of all who are not their color. This solidifies my claim that from every good there will be evil fallout arising in it’s wake, however in the instance of the civil rights movement, it was a virtual tsunami of ill effects and a mountain of bad legislation year after year that bring us to these times. Where words are a distraction and people are socially pressured not only to agree but to loudly proclaim that agreement under threat of loss of livelihood and ostracization by our new masters of the blindly emotional thinking political correct movement. You may ask and this is to what end, my simple answer is, enslavement for all, to ideals that no longer value achievement,  personal responsibility and honor, but instead hold symbolic emotionally charged blather as if it were substantial, measurable and positive.  Where we go from here is the choice of each and every one of us who knowingly or without forethought pull the strings on the giant out of control government that manages to mismanage all it touches. Freedom and equality is not given nor legislated,  it is fought for, won and maintained, it also allows no room for retribution,  because enslaving another to your values whether good or bad is still in the very end, slavery.
~ Nick Pensabene

An open letter to the Black Community

My point is a simple one, I don’t give a crap about black disenfranchisement,  I could care less about your whining about being watched while in stores or hoodie profiling. The next time you speak of white privilege, I will spit right in your eye, and as far as your false cries about the boogie man of racism who lurks around every corner, I’m calling for a cease and desist. The black community is and will continue to be responsible for this kind of behavior because of their continued resentment and hatred towards the white man. Don’t utter a word about those who use or have used the word “Nigger”, stop using extortion to have people lose their livelihood,  for saying “Nappy Headed Hoes” or  other things you find offensive.  I no longer care about you or your phony offense and since you choose to only identified as a member of a group, I will treat you as such, until you put aside these empty distractions and work on your community. These I know have been strong words, but such is necessary when desperate times call for them. This savagery displayed by 50 animals in Detroit is far too common and there are far too many who make excuse for such. Where is the black president on this is issue, I call him this cause surely he takes advantage of his racial makeup when it is positive. These savage Beasts in Detroit beat a white man nearly to death for an accident and we’re so concerned about the welfare of the young black boy hit by the pick up, they found the time to rob the man’s cell phone wallet and other things out of his pick up during their “civil disobedience”, everyone involved in this beat I no should be put to death. I recommend you get your house in order, because many of us will no longer stand for your bullshit or the government enforced double standard. ~ Nick Pensabene